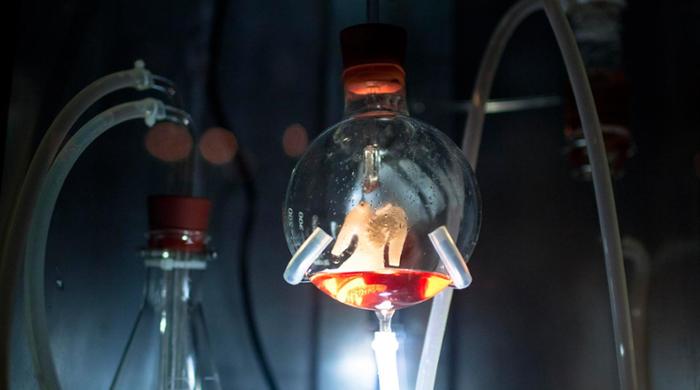 Life is being altered and designed by artists, scientists and technologists. Through applying engineering principles to living systems, biology has become a new material for creativity. But these practices and manipulations now challenge our understanding of life and what it means to be alive.

There are various ways in which life is being engineered: Techniques such as tissue culture allows for the growth of cells and organism in an artificial environments. Meanwhile synthetic biology allows for designers to programme material, creating new organisms that might be used for radical purposes such as in architecture, conducting electricity or emitting light. In addition, platforms such as CRISPR/Cas9 provide an increasingly inexpensive and versatile way to make changes to the genome.

Many of these biotechnologies have captured the imagination of the public and have led to assertions that we might soon be able to build or grow replacement organs. As such new new emphasis has been placed on definitions of ‘life’ that emerges through the lens of science. Which requires us to questions what might be done to life through the use of these new technologies.

What does it mean to be able to build with life? What are the philosophical and ethical issues that arise from these new approaches? What boundaries are crossed between science and design when we engage with these forms of manipulation? What are the implications of presenting living-art in this context? Where are the new boundaries between life and non-life? How are these technologies changing our understanding what it means to be alive and living?

This panel discussion will explore who gets to use life as material and to what end.

Oron Catts, Director of SymbioticA, The University of Western Australia (@OronCatts)
An artist, researcher and curator whose pioneering work with the Tissue Culture and Art Project which he established in 1996 is considered a leading biological art project. In 2000 he co-founded SymbioticA, an artistic research centre housed within the School of Anatomy, Physiology and Human Biology, The University of Western Australia. Under Catts’ leadership SymbioticA has gone on to win the Prix Ars Electronica Golden Nica in Hybrid Art (2007) the WA Premier Science Award (2008) and became a Centre for Excellence in 2008. In 2009 Catts was recognised by Thames & Hudson’s “60 Innovators Shaping our Creative Future” book in the category “Beyond Design”, and by Icon Magazine (UK) as one of the top 20 Designers, “making the future and transforming the way we work”.

Lucy McRae, Body Architect (@LucyMcRae)
Lucy McRae is a Body Architect exploring the relationship between the body, technology and the grey areas of synthetic and organic materials. She invents playful, imaginary worlds steered by complex scientific challenges to create portals of possibility that provoke the way people embody the future.

Edward Perello, Chief Business Officer & Founder, Desktop Genetics (@EdwardPerello)
A molecular biologist passionate about synthetic biology and its impact on the world, Edward looks to build a world where biology is widely, and responsibly, used as technology. At Desktop Genetics, he leads the user outreach, content and experience testing strategies. He is a 2015 SynBio LEAP fellow and has formerly worked with the European Union on science policy and VERTIC on arms control.

Prof. Joanna Zylinska, Professor of New Media and Communications at Goldsmiths (@MediaComGold)
A writer, lecturer, artist and curator, working in the areas of new technologies and new media, ethics, photography and art. She is Professor of New Media and Communications at Goldsmiths, University of London. The author of five books – most recently, Minimal Ethics for the Anthropocene (Open Humanities Press, 2014; e-version freely available), Life after New Media: Mediation as a Vital Process (with Sarah Kember; MIT Press, 2012) and Bioethics in the Age of New Media (MIT Press, 2009) – she is also the editor of The Cyborg Experiments: the Extensions of the Body in the Media Age, a collection of essays on the work of performance artists Stelarc and Orlan (Continuum, 2002) and co-editor of Imaginary Neighbors: Mediating Polish-Jewish Relations after the Holocaust (University of Nebraska Press, 2007). Her translation of Stanislaw Lem’s major philosophical treatise, Summa Technologiae, came out from the University of Minnesota’s Electronic Mediations series in 2013.

Plus, a special performance from Virtual Futures’ Near-Future Fiction Author in Residence: