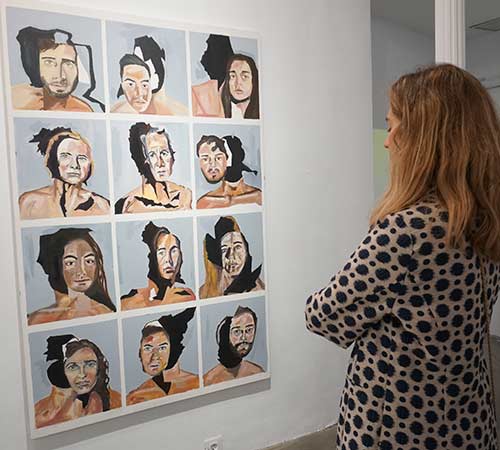 Student profile: Young persons who want to develop their vocation, talent and imagination in the area of artistic creation, cultural industry and the new technologies.

Graduate’s profile: Graduates in Fine Arts are prepared to be incorporated into the national and international artistic circuit that interests them most. Their practical knowledge in both traditional and contemporary techniques, as well as their knowledge of the cultural environment, qualify them to do so. Furthermore, their training in areas where digital competences are key enables them to choose a channel more focused towards design, graphic illustration or the creative profiles that advertising agencies require.

Branch of knowledge: Arts and Humanities

Language: This degree is taught in Spanish.
Level of English required for admission: A1
For students whose native language is not Spanish, a B2 level will be required of this language set in the European Common Framework.

Transdisciplinary program in the Madrid center

The Bachelor’s Degree in Fine Arts proposes a transdisciplinary approach to contemporary art, hybridizing traditional artistic tools with new transmedia technologies. This new focus is complemented, beyond the classroom, by a broad offer of extracurricular activities framed in the current artistic scene.

This exclusive program has been designed for students concerned with finding their own original view of the world that surrounds us. Persons with intellectual curiosity, who do not conform to convention and who want to convert their lives into a creative experience of discovery, towards a future of professional development connected with the contemporary artistic environment.

Fine Arts studies, adapted to the 21st century, enable the students to confront successfully the numerous challenges posed by the society and the art market. A changing, flexible, multidisciplinary and highly technological world that constantly seeks new forms and reinterpretations of the creative languages.

For this reason, this program simultaneously combines the traditional teaching of Fine Arts, through techniques such as drawing, painting, engraving, etc., with rigorous training in all the new digital media required and used increasingly with greater specialization: The computer techniques, Computer-Assisted Design, 3D techniques, Digital Animation, Web Programming, Photography and Digital Art are the necessary tools so that the future visual artist can develop his creativity with freedom and ease.

Among the teaching objectives of this curriculum are to:

Space for extracurricular activities aimed at students interested in delving deeper into the experience of multidisciplinary artistic practice and the approach to the most current artistic scene.

The small number of students allows an individualized follow-up by the professor of the processes of conceptual maturity and progress in the skills and techniques of each student.

With the best partners

ARCO Madrid, Estampa, Museo de América, Open Studio and Ivory Press are some of the companies and institutions where students can carry out their professional internships and obtain a real vision of the profession.

BOE No. 186, of 2 August 2010
All our degrees and curricula have been prepared in accordance with the new guidelines set by current legislation, having already been verified by the National Agency for Quality Assessment.
The students must take 240 credits

More information on these subjects

Seminar on Development of Competences 18 ECTS

Development of a Participative Spirit and Solidarity 6 ECTS

The recognition of 6 credits will be arranged according to the different activities that the student carries out throughout his/her degree. They will be awarded for cultural activities, sports, student representation, solidarity and cooperation, and/or to attend one of the following subjects: Human Rights and Corporate Social Responsibility.

Evaluation of the Development of Skills in the Company 48 ECTS

A program whose objective is to favor the practical training of the students, under the continuous supervision of the Department of Professional Careers of the University, the academic department corresponding to the degree and the company or collaborating institution where the internships are carried out. We provide advice on the choice of internships and follow-up and tutoring, always considering the professional orientation of each student.

The Final Research Project is an academic report that develops a subject of the curriculum and allows assessing the competences acquired in the Bachelor’s Degree. It can be related to the professional internships or it can also form part of a research project.

The specific competences of the Bachelor’s Degree in Fine Arts will be acquired by the students throughout the duration of their undergraduate studies. These competences correspond proportionally to some contents that in turn define the organization and design of the study areas and subjects.

The Antonio de Nebrija University, in addition to meeting the requirements for accessing undergraduate studies in accordance with current legislation, requires passing its own entrance tests, both for undergraduate and postgraduate degrees.

Starting in the 2017/2018 academic year, all students who meet the legally established access requirements will be able to access the Bachelor's degree studies after passing the University's Entrance Tests.

Students who are in any of the following academic situations may apply for admission to the first year:

The Admissions and Promotion Department confirms to the candidate that it has received the printed or online application and calls them for the admission tests. On the day of the test, the candidate must submit, if he has not done so in advance, the following documentation:

All students who wish to complete their university degree at the Antonio de Nebrija University must pass an admission process consisting of:

The procedure for accessing the university through the accreditation of work or professional experience was introduced in article 42.4 of Organic Law 6/2001, of December 21, on Universities.

The Department of International Programs of the Nebrija University makes a constant effort of monitoring the agreements with the most prestigious universities. The students can study in one of the following foreign universities:

The faculty of this Bachelor’s Degree is formed by professionals with years of experience in the sector. This is a key point for the integration of the knowledge acquired with the exercise of the profession. Learning by doing is the philosophy of the Nebrija University for its learning model. The students enjoy many practical classes that allow them to learn by doing.

The Bachelor’s Degree in Fine Arts has a collaboration agreement with some of the best companies and institutions of the sector, such as the Galería Moisés Pérez de Albéniz, Canal de Isabel II, Globomedia, ARCO Madrid and Estampa, where the students can take their professional internships and obtain in this way their first work experience in demanding environments.

The graduate in Fine Arts can work as:

From this, Nebrija stands as an academic model of reference, educating students with excellent individual behavior, interaction with their environment and motivated by and for constant and continuous training. The Nebrija Institute of Professional Skills works every day to achieve the differentiation of our students through the development of attitudes and skills.

The main objective is for students to achieve the best of themselves through the development and empowerment of their personal skills and resources through personal self-knowledge.

In addition, some of the professional skills that are worked on within the three seminars are those related to interpersonal skills and active communication skills and negotiation, indispensable for our students to know how to transmit ideas, to argue them, to provide information and opinions in an adequate, clear and convincing way.

Within what will be their work performance, other aspects such as teamwork, conflict resolution and project management ability will be worked on.

In the third block, skills worked on are those aimed at increasing the student's employability. They will work with tools and techniques for job searching, and perform tasks that achieve in the student a greater use of their personal skills.

In this way, and in a complementary way to his/her specific training, we help the student create a differentiating pattern in the social and business environment in which he/she will be immersed when he/she finishes his/her studies.

The Arts Department of the School of Communication and Arts at Nebrija University announces an artistic residence for emerging artists at its Berzosa campus.

The objective of this call is to facilitate emerging artists to access workspaces, resources for the realization of specific projects and link the work of young creators with the community of university students of the bachelor's degree in Fine Arts. It is about promoting the development of emerging artistic creation by establishing links with the teachers and students and the teaching community. 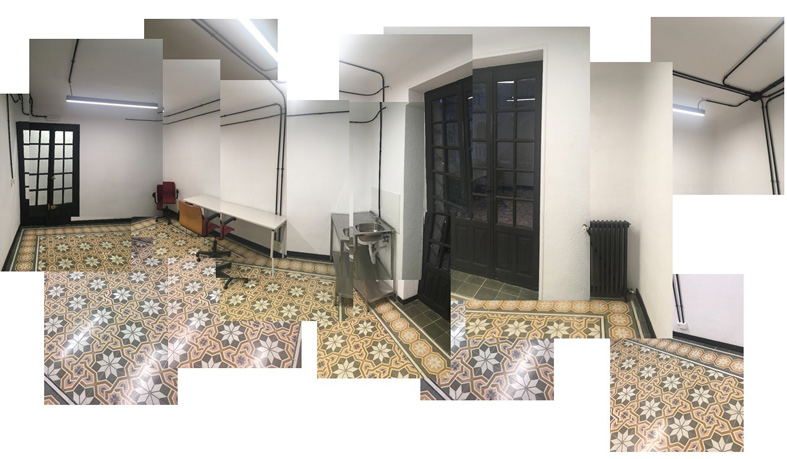 Resolution of the Artist in Residence Call 2020

When the jury was assembled, it has decided to grant residence to: Pilar del Puerto Hernández González

Rules of the call and application form

Free your art, create. Show all your inner talent with our Bachelor's Degree in Fine Arts. A multidisciplinary education in which you will learn from classical techniques to the latest advances in digital design. What are you waiting for?

The School of Communication and Arts of the University once again organized its thematic week, with outstanding activities and presentations. Irene Escolar, Bárbara Lennie, Vicente Vallés and Juan Mayorga were some of the distinguished personalities who came to our Madrid-Princesa Campus.